We're going to Japan next month (!), and as soon as we booked the trip I decided I was going on a yarn diet, so that I could save my money to buy yarn, among other things, while we're there.

But then there was that Naruto yarn from GnomeAcres that I needed to have immediately, because who knew how much of it she would make and how often it would be available. And then there was a present I needed to start working on, and I had to buy some yarn for that. And now my local yarn store is having its pre-inventory sale, and what was I supposed to do, just not go? 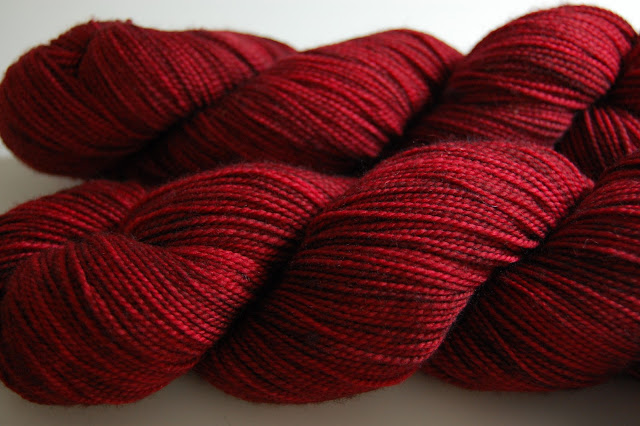 I have been staring at their shelves of madelinetosh every time I've gone in the store since early this summer. Really, it was for my own well-being, to end the torment of wanting to have the yarn but knowing I shouldn't really spend the money. (Full disclosure, I used a gift card that still had some money on it, so really it was about time to buy this yarn.)

But now, really, I'm not getting anything until we're back from Japan.

Unless there's another sale somewhere. Or I decide I need some Christmas-y GnomeAcres mini-skeins.
at 3:02 PM

Email ThisBlogThis!Share to TwitterShare to FacebookShare to Pinterest
Labels: yarn