Well hey, what is this? A blog post?! And a WIP Wednesday post, no less, for the first time since early April! As usual, I have no good excuse for my absence, so let's just skip that part.

I have four things on the needles, all of which are taking turns with each other, and therefore taking their time. Usually I only have one or two projects going, but a few weeks ago I had 6+ WIPs, which was strange and exhilarating! Now I'm back down to the more tedious projects - not to say I'm not enjoying them. 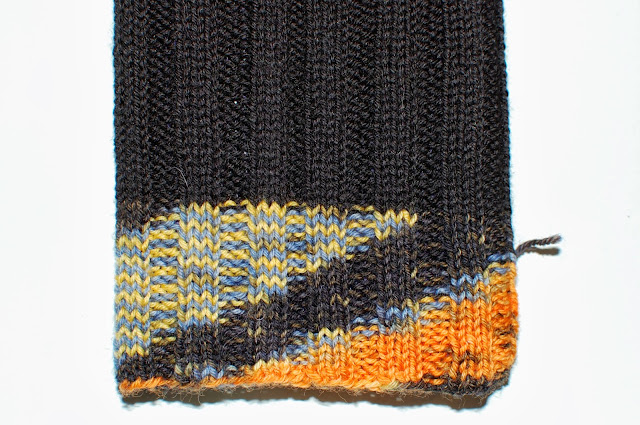 For the past month, I've been working on a pair of socks for my boyfriend - my first socks for someone other than me. Calling it "a pair" is optimistic at this point, because I'm only about halfway done with the first one. They are an experiment in many ways, plus they are for giant man feet, so they're going quite slowly. I'm using leftover GnomeAcres yarn in the Naruto colorway for the cuffs, heels, and toes, and black Cascade Heritage sock yarn for the rest. Three by three rib, nothing exciting until the heel, where I finally ventured beyond heel flaps and learned to make a short-row heel. I wasn't happy with how it was looking until I discovered the shadow wrap method, and now I'm past the heel and well into the foot. The rest should be easy! 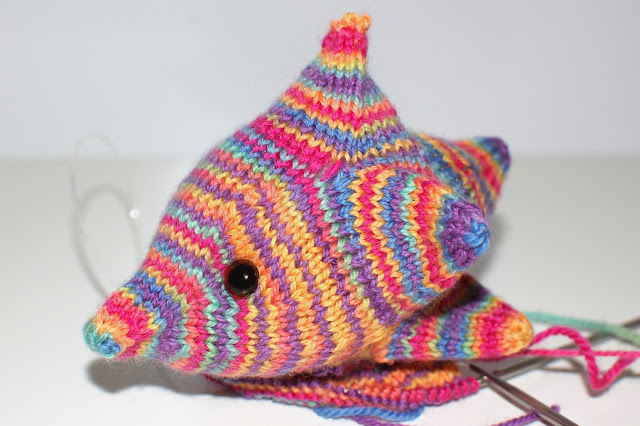 I have also been working bit by bit on this little guy. The pattern is Joris by Annita Wilschut, and I have been wanting a Joris of my own since before I could knit. I'm so happy with how he's turning out in this yarn, which is Lorna's Laces Shepherd Sport in Child's Play. The pattern is not that difficult, but a little too complicated for tv-knitting, so I work on him when I'm in the mood to listen to a podcast or something. 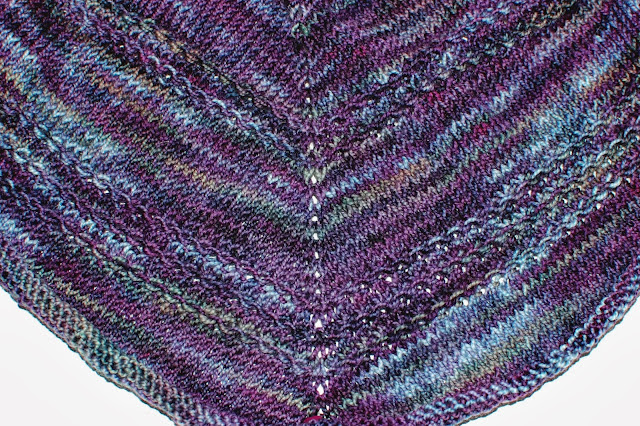 There is also this shawl, Zilver by Lisa Mutch. It's currently my tv-knitting for whenever I'm tired of the Naruto socks. The pattern doesn't require too much attention, so it's a nice project for relaxing and just zoning out. The yarn I'm using is Miss Babs Yummy sock yarn, in the Swan Princess colorway, which I picked up at Loopy Yarns during my visit to Chicago a few months ago. This color... I don't know how I feel about it. I loved it in the skein and in the cake, but every time I see it now, it looks different to me. I'll think it's gorgeous, then two minutes later it looks kind of moldy to me. Probably the color variations will even out in the full-sized piece, and if I'm still ambivalent about it, it can be my only-wear-in-low-light shawl. 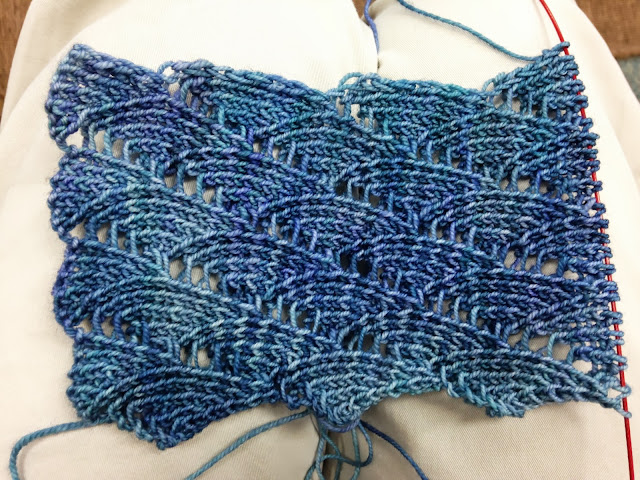 And finally, my Tempest Shawlette by Tabetha Hedrick, which I'm knitting in Malabrigo Sock, in the Azules colorway. It's grown a lot since this picture - I'm now on the 18th repeat of the tempest stitch pattern - but it's slow going. The pattern is a little too complicated to memorize, but not too hard, so by this point it's starting to get a bit boring. I'm also only working on this project a few days a week, because it's my at-work project, because - surprise! I work at my local yarn store now. I don't think I've mentioned that yet, but yes, I now have a part-time job sitting amongst huge quantities of wonderful yarn with other addicted knitters and crocheters and trying to keep myself from spending my entire paycheck before I even earn it.
at 10:30 AM