Hello, blog! Long time no see! Since early April, I've acquired a pair of nephews, bought a house, and traveled a bit, and I've been knitting and crocheting the whole time, so there's a lot to catch up on.

But to resume with where I left off at my last post: baby boys! The twin nephews arrived in early April, ahead of schedule but mostly healthy (they're both doing fine now). I knitted them each a blanket: 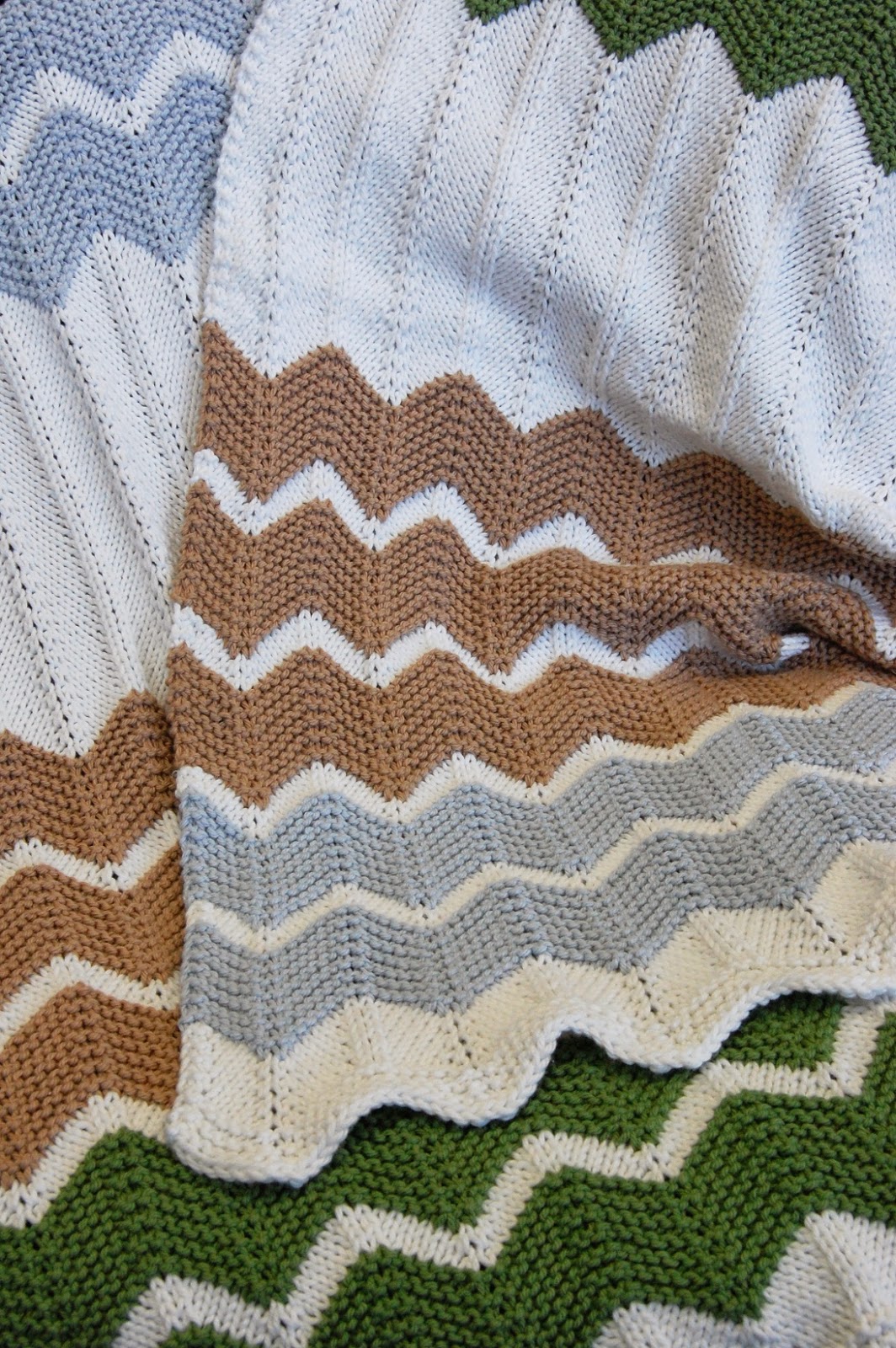 I used the Walt Painted Chevron Baby Blanket pattern, by Danielle of fibre space, and Universal Yarn Cotton Supreme. The yarn is nice to work with, and it machine-washes wonderfully and feels amazingly soft afterwards. I used the same colors for each blanket, but varied the stripe order: one is blue and brown, with green at the opposite end, and the other is green and brown, with blue at the opposite end.

I was slightly worried that using so much white might make them seem to precious to actually use, but the blankets have made a few appearances in the twins' monthly photo sessions, so I'm happy their parents have found at least one use for them!