The reason that I decided it was finally time to learn to knit was that I hadn't had much interest lately in crocheting amigurumi or anything else. But of course, something about spending that time with yarn in my hands learning to knit reminded me how much fun it was to make little creatures. So, after not starting an amigurumi since October, I worked on three in March. 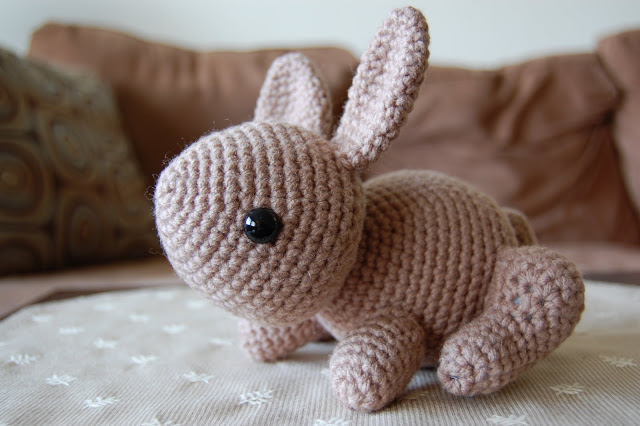 Baby bunny was a good project to use up some of the yarn left over after I finished my gigantic ripple afghan (which may be partly responsible for my lack of interest in crocheting in the months after finally finishing it). This is the second time I've made this pattern, and I was happier with my first attempt. This bunny seems a little... off. 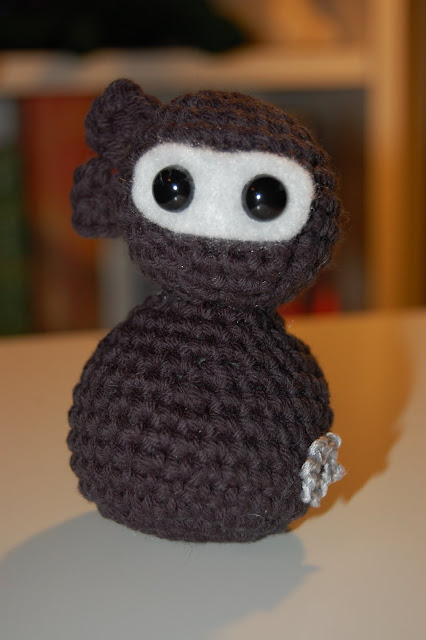 Then I finished a ninja from the Creepy Cute book, also my second time doing this pattern, and I think he came out pretty nicely. I started this one in March 2009 and finished almost exactly two years later. I'm not sure whether to be proud of that. 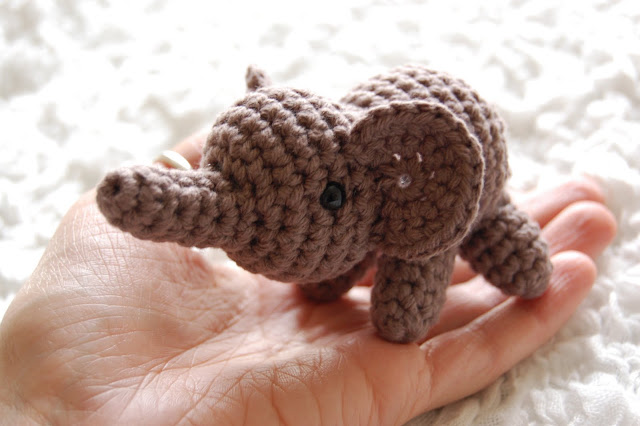 And then I decided I needed a cute tiny elephant. He was going to have a friend, but I ran out of safety eyes and haven't gotten around to ordering more yet (I have one, but that's not going to do anyone much good). So, I guess I'm taking another break from amigurumi, and I started a new knitting project that I actually hope will turn into something nice this time, so that will keep me busy for a while.
at 10:18 PM