I haven't started this year in the best of moods. Everything feels like it will take too much effort and energy, so instead of starting on any of the 500 projects I have lined up or doing the more serious, more boring real-life stuff that needs my attention, I've been blobbing around the apartment and staring at various screens.

Today was my day off, and I managed to hit on the only project I wanted to do and fit my mood: frogging stupid old crochet projects. First up: 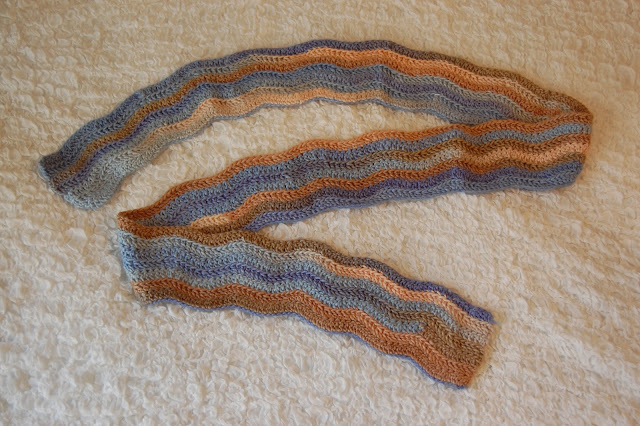 My "Float Away" scarf. I didn't curve it like that for effect, that's actually how it wants to curve. Not only did I obviously crochet the starting chain way too tight, but I also didn't understand the pattern (it's supposed to be ribbed), it reminds me of a summer vacation with an ex that I'd rather forget, and the yarn is so scratchy that as soon as I put it on I knew I would never wear it. The only question is why I didn't frog this as soon as I finished it three and a half years ago. 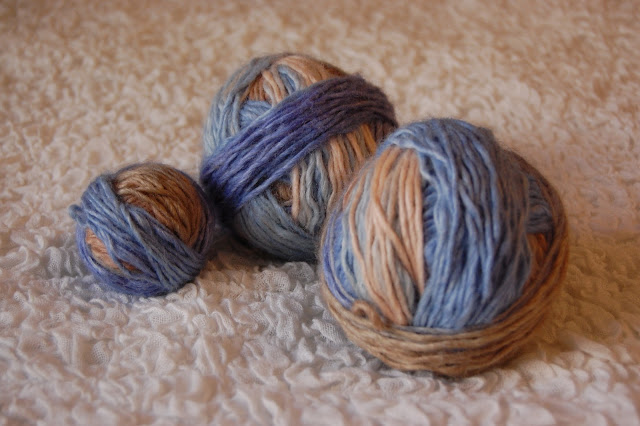 Now the deed is done, and I am extremely pleased with myself. As I expected, the yarn got very fuzzy, but I'm hoping I can maybe felt with it. It's still better as fuzzy recycled yarn balls than as that scarf. 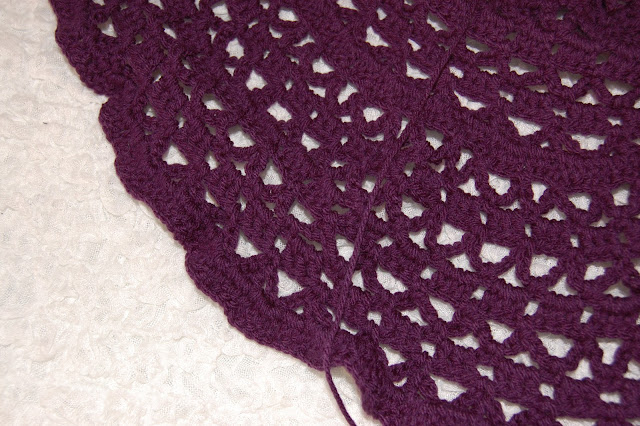 My "Josephine" hip scarf. I thought it would be fun to make myself a hip scarf to wear for bellydance practice, but I realized pretty quickly that having a wad of thick acrylic around my waist for an hour of dance practice would be the opposite of fun. Shortly after that, I realized that the pattern, as it was written, was turning out too big for me and rumpled-looking. I made a few attempts to fix things but since I didn't actually want this anymore, it also went in the frogging pile. 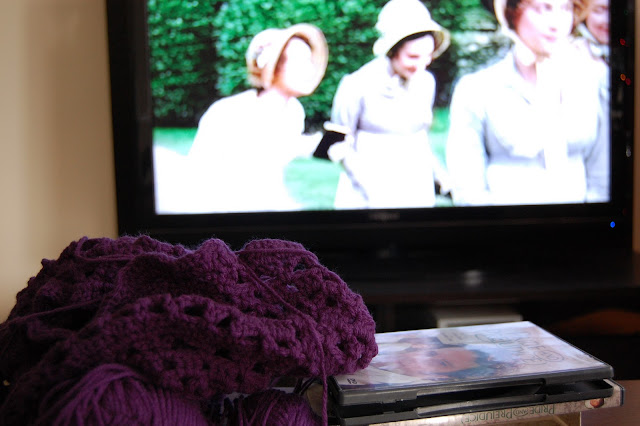 Pride & Prejudice and frogging: the perfect cure for any bad mood.

The unfortunate thing about that scarf is that I somehow believed I would need four skeins of yarn for it. It was becoming clear even when I still thought I would finish it that it would take less than two, and now I have all that yarn back again. I really need some project to eat it up. Currently I'm thinking about doing the Wool-Eater Blanket, using these other yarns that I also would love to get rid of: 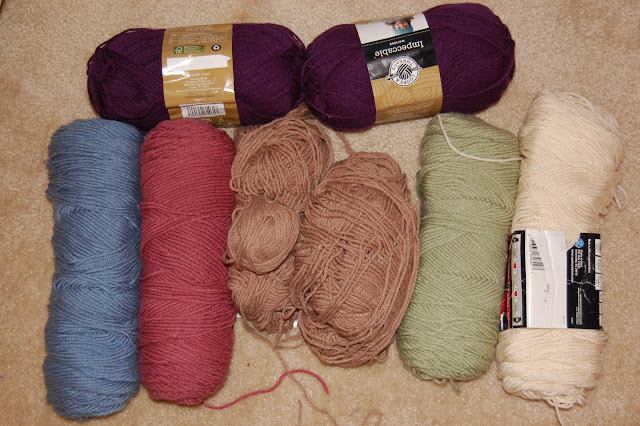 But looking at those colors without the purple, I almost feel like I like them better on their own, which is arrghh because the whole point is to kill the purple yarn: 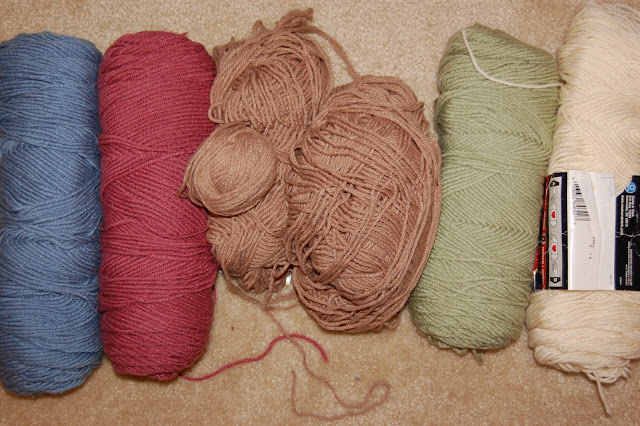 Or are they all heinous anyway? Dunno...

Email ThisBlogThis!Share to TwitterShare to FacebookShare to Pinterest
Labels: crochet