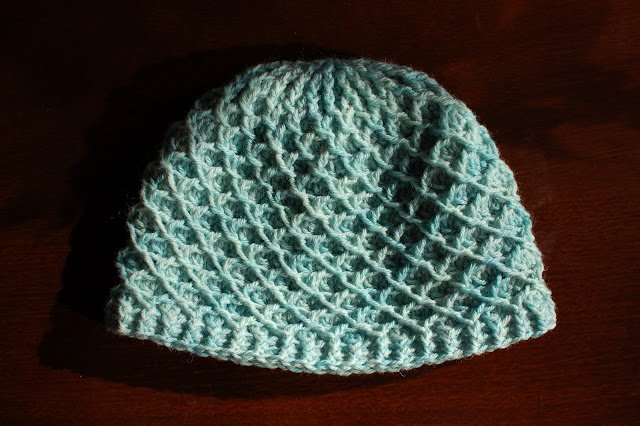 My Diamond Ridges hat, using some Miss Babs Northumbria DK that I bought at fibre space using some of the gift card I got as a Christmas present. I love the color of this yarn, which I wasn't able to perfectly capture in any of my pictures. This is a pattern I've had in my queue for years, and I've always been daunted by the comments about how difficult it is, but I had no problems with it at all. I think the Phannie hat was good practice for front-post-only crochet, and the pictures included with the Diamond Ridges pattern cleared up any doubts I might have had that I was interpreting the instructions correctly. Definitely would recommend this pattern for any intermediate crocheter. 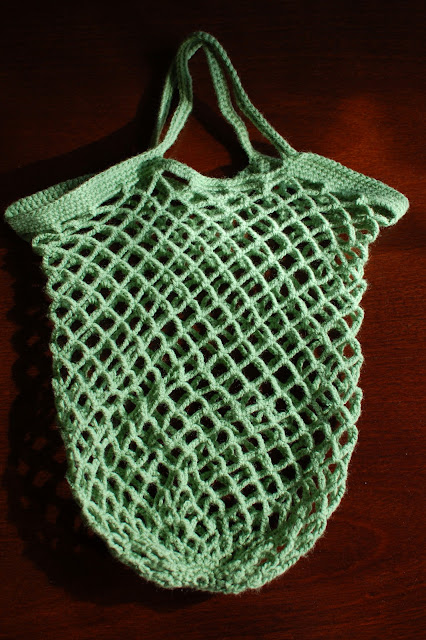 My crocheted grocery tote, from a Purl Soho pattern. The pattern calls for linen, which mine most certainly is not - I was trying to use up some of a skein of cheap craft store-brand baby sport yarn. As I said before, making something almost entirely out of chains is not really the most thrilling project ever, but I actually really like how it turned out. Making these out of linen yarn like the pattern suggests might be a nice gift alternative for people I've already dumped scarves and amigurumi on.

I also started something new: 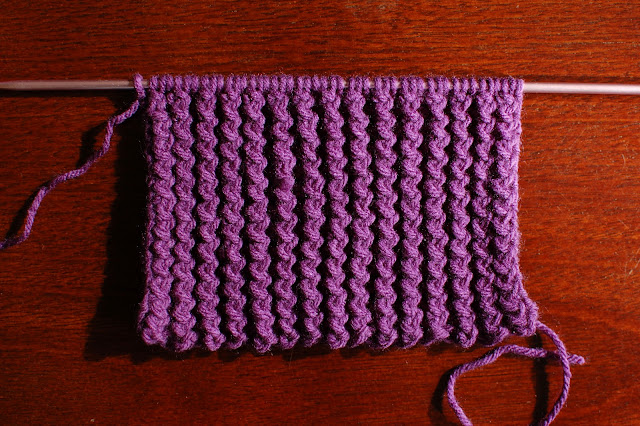 Another pattern from Purl, this time the Rick Rack scarf. I haven't worked on a knitting project since I finished my Eternity scarf last month, and after a few itchy days of no project at all once the grocery tote was done, I tried casting on for a new scarf, but... I don't know, it wasn't my day. I spent most of an evening trying to get the Frostlight scarf to behave for me, then I tried the Rick Rack scarf and that didn't go any better, so then I started questioning whether I had ever actually learned how to knit and even if I had, why anyone would ever want to do something so annoying. Then I wisely went to bed, and a few days later, with the aid of this video, the rick rack rib made a lot more sense to me. It feels good to have a simple, relatively long-term project to work on while watching tv again. 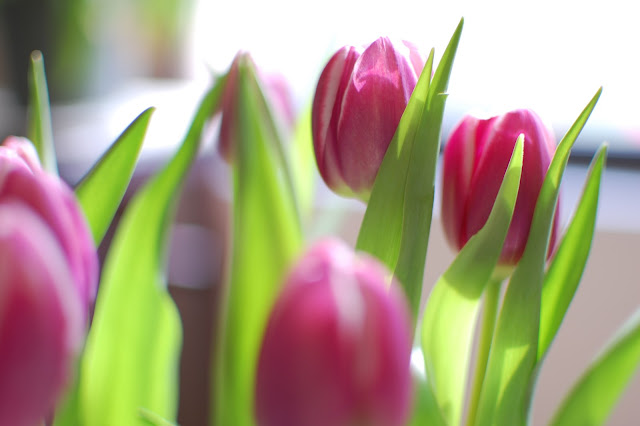