Glorious Cabled Mitts by Karen Adams caught my eye on Ravelry before I even knew how to knit, and it's been in my queue for a while, waiting for me to feel ready to tackle cables. Learning new techniques is one of my knitting goals now that I feel pretty comfortable with the basics, and now that I've tried cabling on my secret rough-draft project, it was time to cast on the mitts. 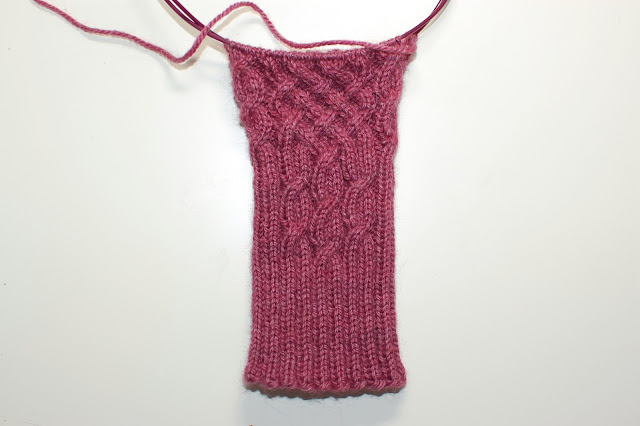 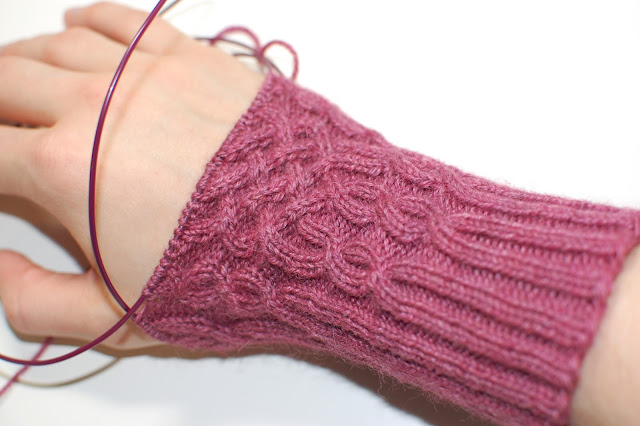 Now that I've gotten as far as the thumb gusset increases, I think the fit is fine for me. All those cables are driving me nuts, though, and I would like to do them without a cable needle, but it's too tricky. Not only are my stitches too tight and tiny, but the yarn is a little fuzzy and splitty, so it's hard to get it all back on the needle.

Whining aside, I really like this pattern. I'll probably make it again, using different yarn - these mitts might make nice gifts. 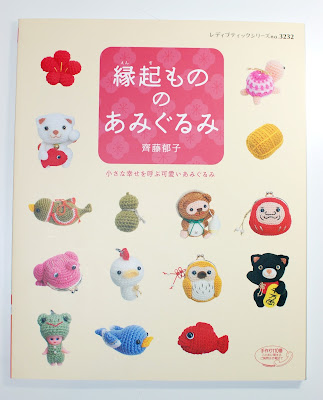 In the spirit of trying different things, I also picked out a pattern from this amigurumi book that I bought in Japan last November. Japanese patterns are given as charts, which is nice if you can't read Japanese, but I'm not a huge fan of charts. It's going pretty well, though, and I can definitely see the advantage of charts. They make me a little dizzy, but it's easier to visualize what you're doing and where to put your increases and decreases, than it is when you're trying to mentally transfer written instructions into a three-dimensional object. 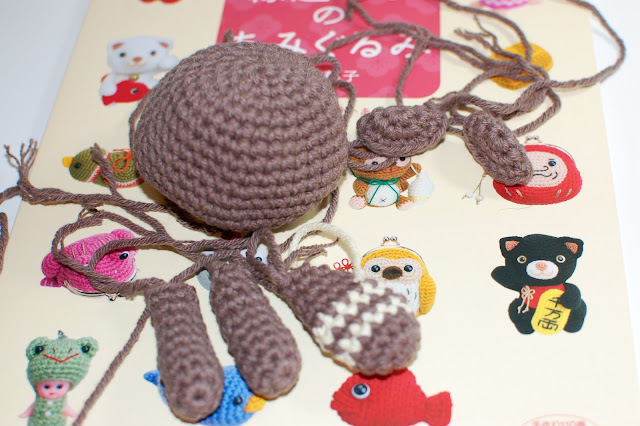 I'm making the tanuki, which is the little guy in the third row down, second column from the right on the book's cover. As you can see, I've got about half of his bits and pieces done. I'm not super thrilled with how he's turning out, but again, this is because I'm using yarn that doesn't feel quite right for the project. I don't really have the appropriate colors, and this brown is a little too "blah" for him. I actually really want to make the maneki neko (the waving cats), and I do have yarn that works for them, but I thought I should do a warm-up project first. Not a great idea, since this guy will probably go into hibernation soon. Still, it's nice to get this book out and actually use it, not just let it sit around as a souvenir. 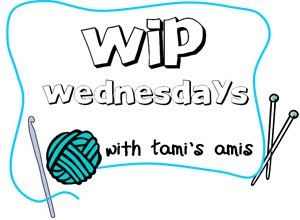 Check out more work-in-progress posts at Tami's Amis!
at 2:17 PM