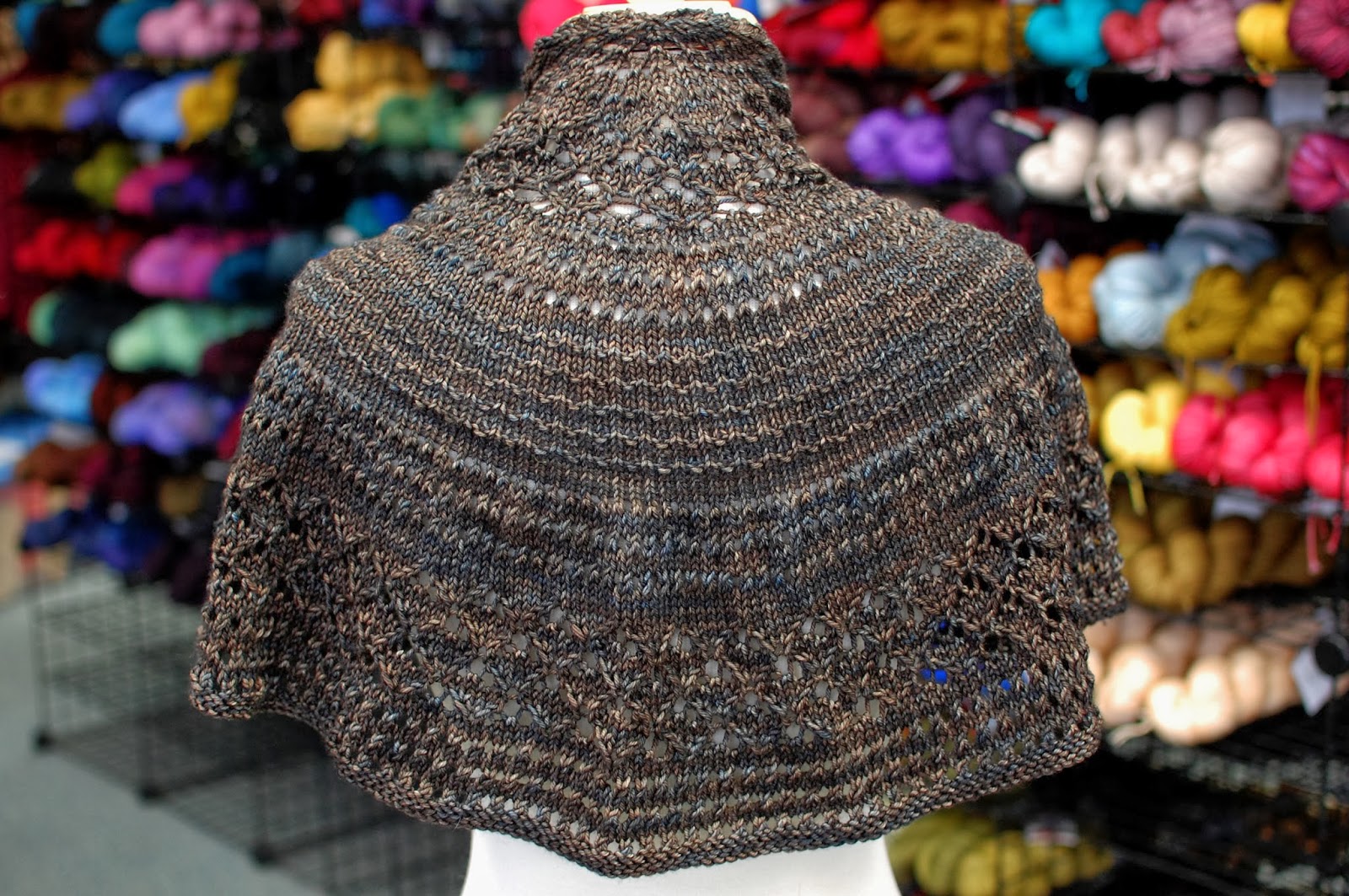 Named after the Eiffel Tower, not Margaret Thatcher.

This is Jessie Dodington's Dinner in the Eiffel Tower shawl, knit in madelinetosh tosh DK. The colorway is Whiskey Barrel, and I used it in this pattern because the dark brown-blue color reminds me of the way the Eiffel Tower looks early in the morning. (I am a Foreign Service brat who spent a few years looking at the pre-sunrise Eiffel Tower on my bus rides to school.) It's a nice pattern - nothing too difficult or too tedious, but a good blend of simple stitches and slightly complicated lace.

The LYS where I work recently stopped carrying madelinetosh, so this yarn came from the hoard I amassed after we made that decision. Part of the reason we discontinued our tosh selection was quality issues, and I have to say that this yarn was not as nice as the older tosh DK that I used in my Calligraphy shawl. It felt rougher as I was knitting (after washing, it's not as bad), and there were a number of pretty large slubs that I would have cut out, if I had been making this project to give away. I still love tosh's colors, but I'm not too sad that we'll be bringing in something new instead.
at 10:30 AM

Email ThisBlogThis!Share to TwitterShare to FacebookShare to Pinterest
Labels: shawl