Hello! It seems fitting to end this unplanned blogging hiatus by writing about a project that I finished in November, but had to keep secret until a few weeks ago.

The LYS where I work has a holiday gift exchange tradition: we each put some stash yarn in a bag, then we randomly draw someone else's bag and make them a secret, awesome present with their yarn. So that we don't have to rush to get one more project done before Christmas, the gift exchange is usually scheduled for January. Except for this year, when a combination of travel and health issues pushed it back to March. 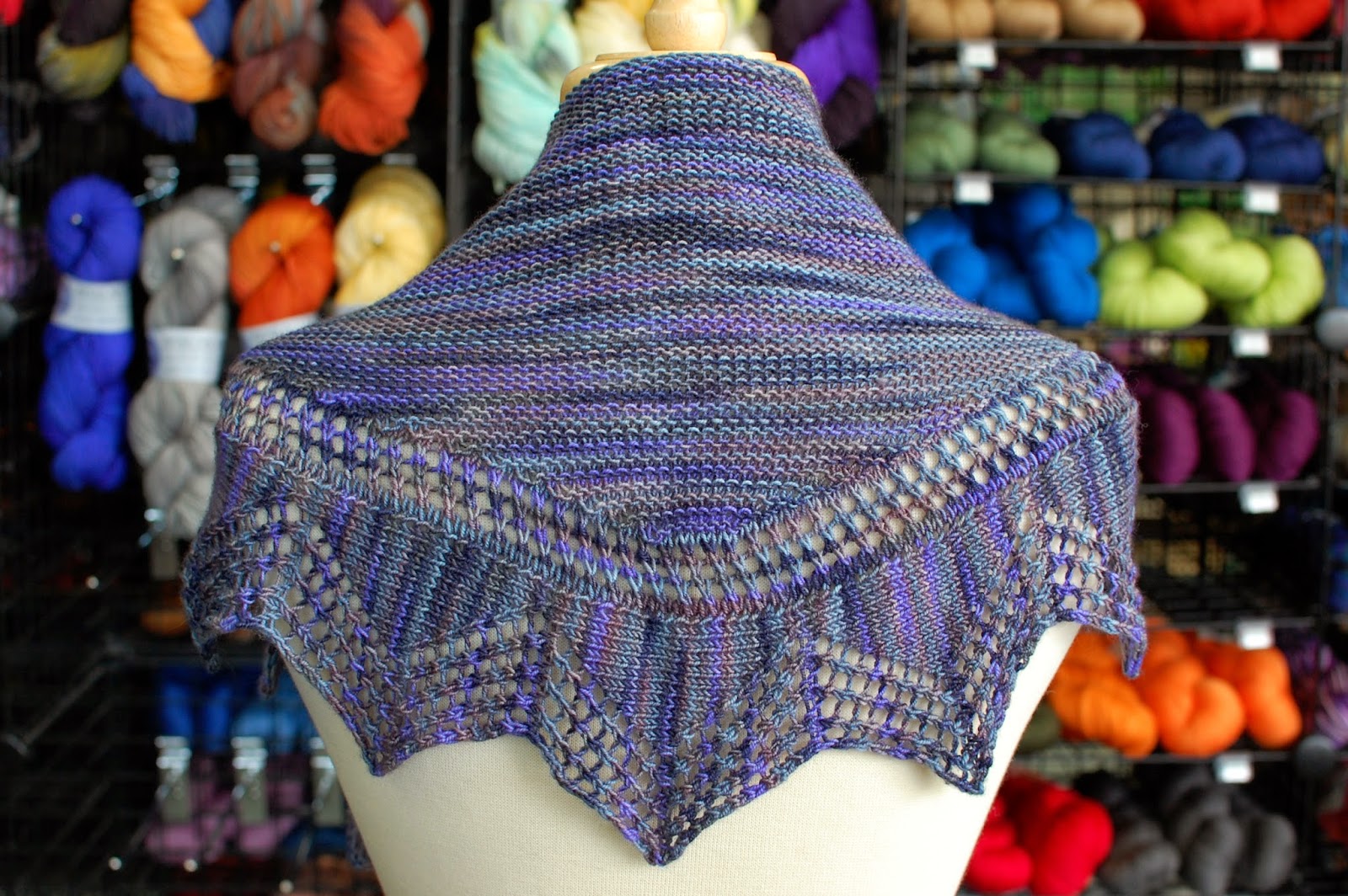 So, in October I drew Amy's bag, which contained sock yarn from Creatively Dyed Yarn. After poking through Amy's Ravelry favorites and her blog, I chose to make her a Cassis shawlette, which I finished in November. And then I finally got to give it to her a few weeks ago!

By that point, I felt like I needed to add something extra, since it had been months since I'd even thought about the gift exchange. So I crocheted a couple of Tiny Mousies that Amy can give to her kids - or keep for herself. 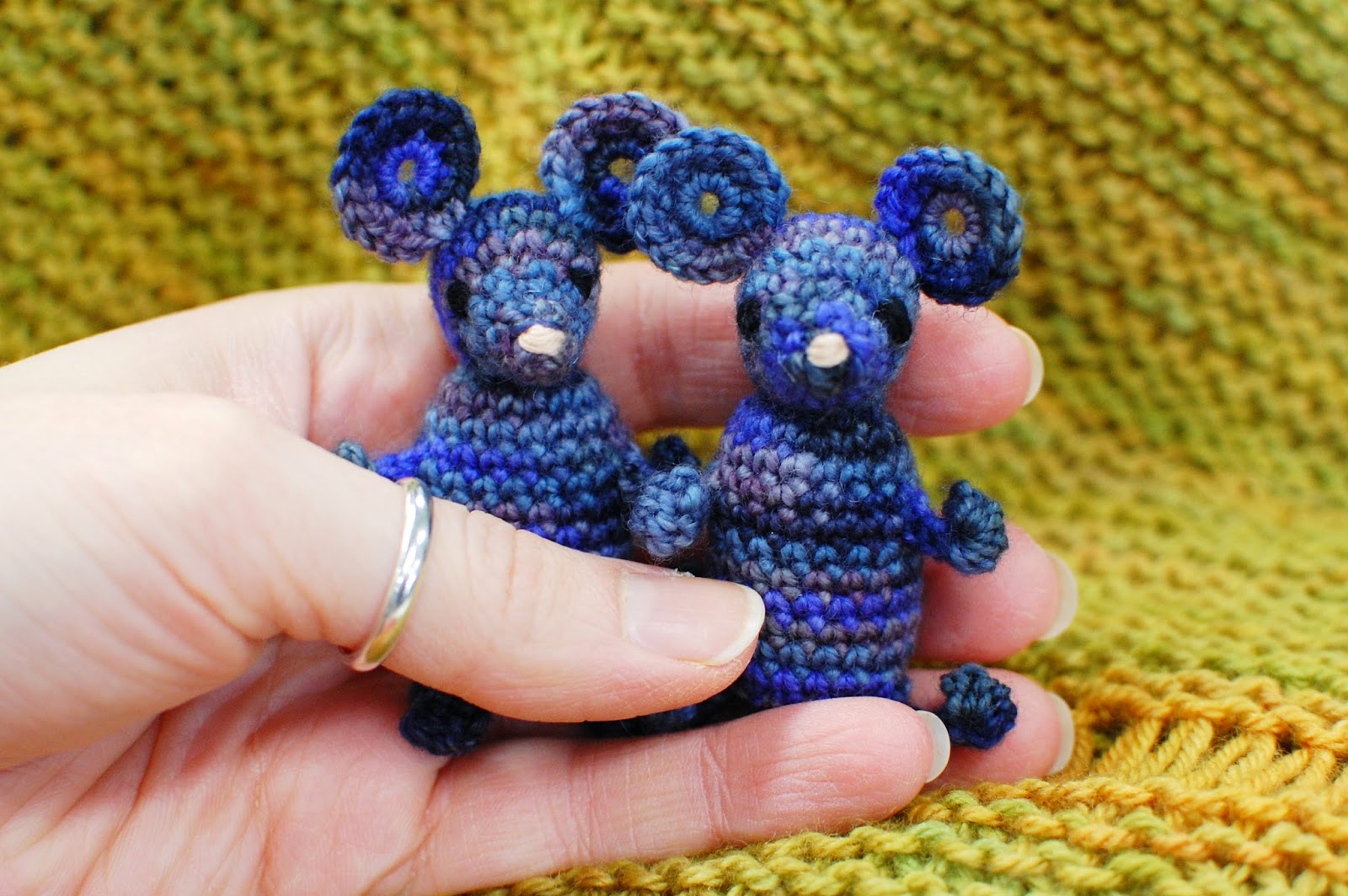 I made a number of minor modifications to the shawlette pattern that don't change its overall appearance, but made the knitting look and feel a little cleaner to me. The modifications are detailed on my Ravelry project page, if you're interested. And the mousies are made pretty much following the pattern, except I made their heads longer by one round.