Once upon a time, during a discussion of mystery shawl knitting projects, someone's iPad auto-corrected the word "shawl" to "shark," and henceforth all mystery shawls were referred to as mystery sharks at my LYS. I have not joined in any mystery knit-alongs yet, but sharks do interest me, so I made Horatio. 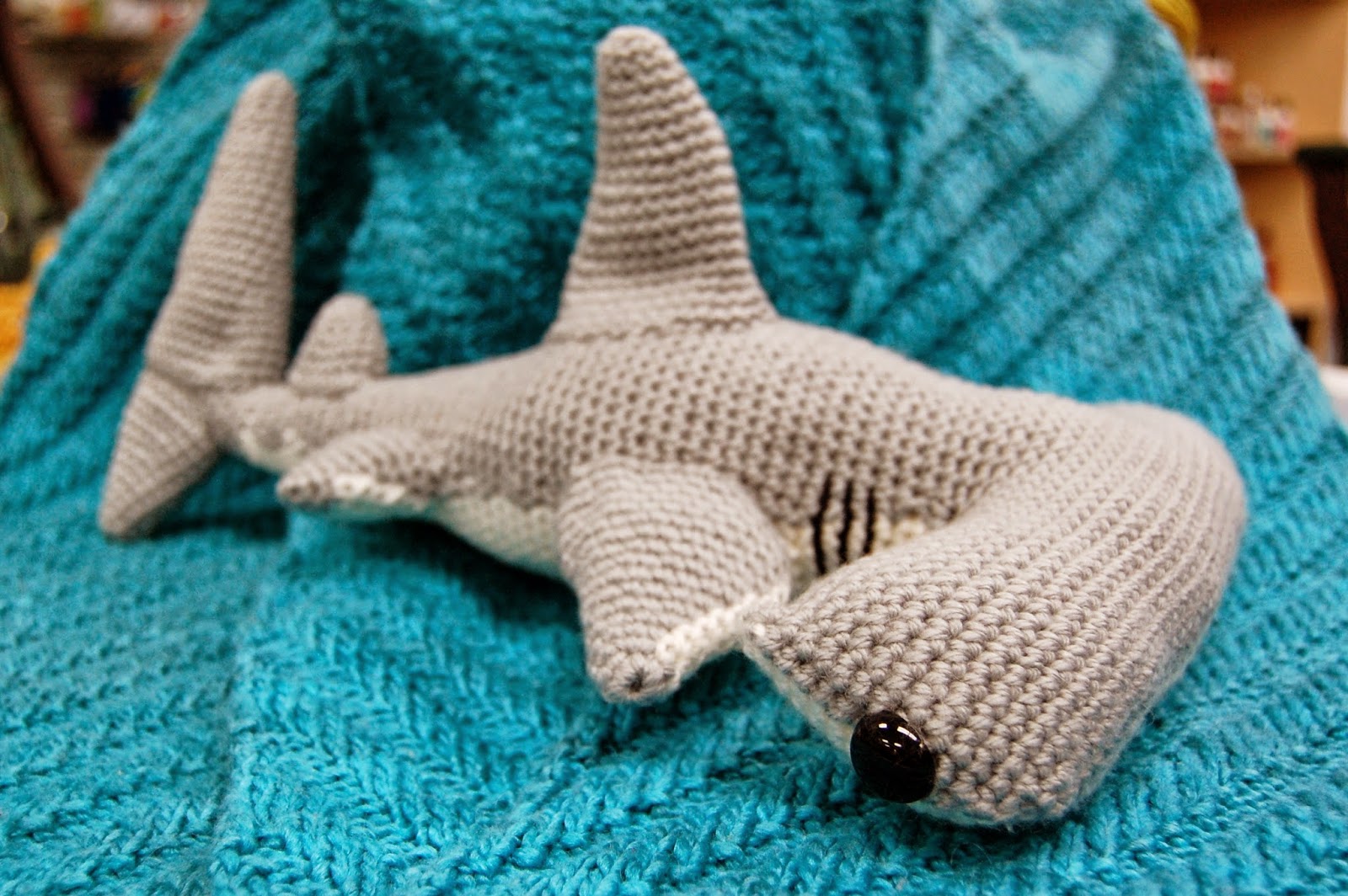 The pattern I used to crochet him is Hector the Hammerhead Shark by Adriana Aguirre. It's a detailed pattern with plenty of photos - helpful in telling all of his fins apart. I did make one modification: the switch between the white and the gray parts happens at the beginning of each round, which makes the color change start to spiral around his body. To counter that, I just varied where I switched colors by a stitch or two every other round or so, so that I got a more-or-less straight line between his gray part and his white part.

Oh, and I also added a mouth, because a hammerhead shark has to have the little frowny mouth. 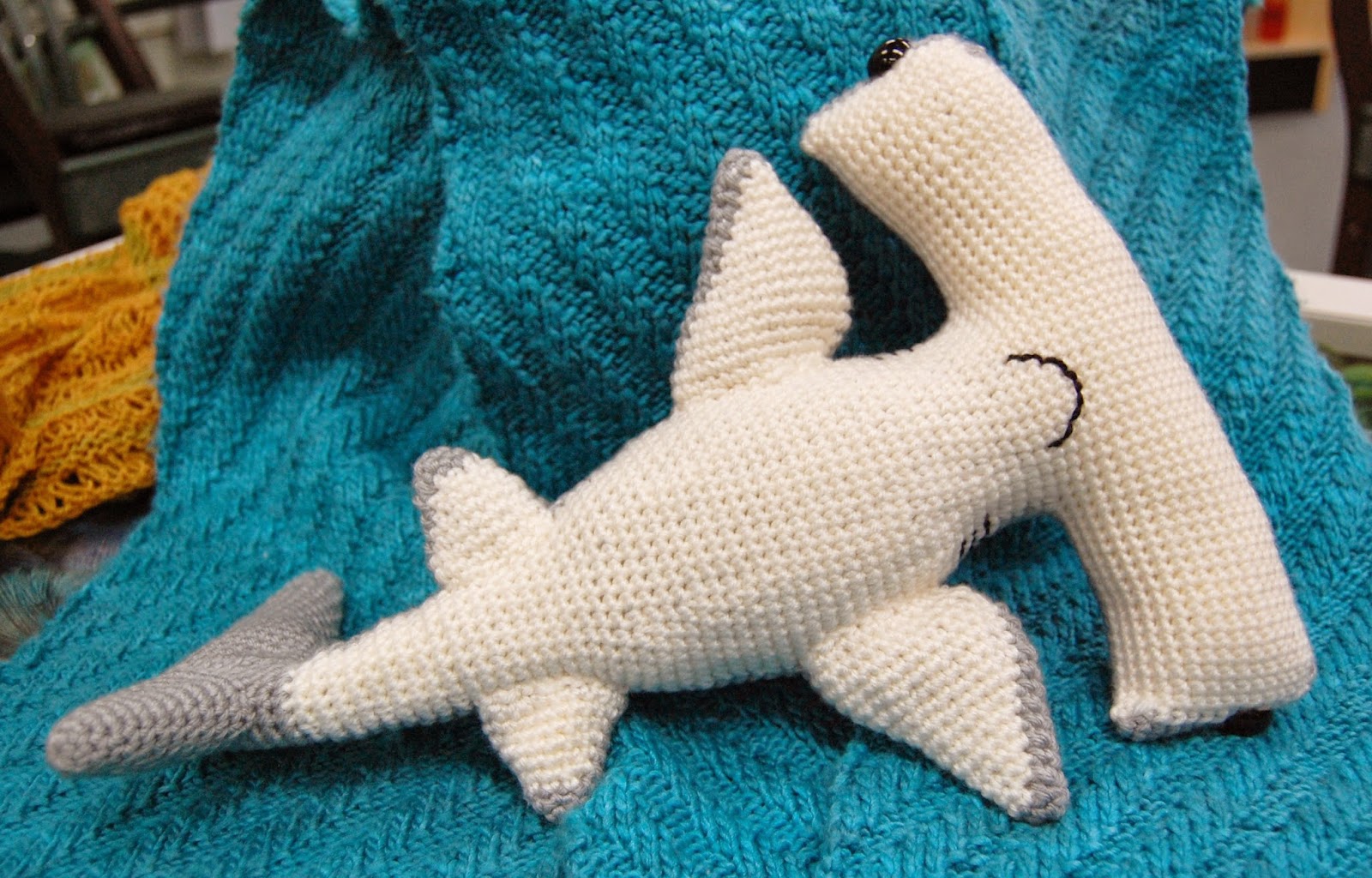 Horatio is my first crochet project using all new-to-me, fancier tools: an addi Swing hook, Uptown Worsted acrylic yarn, and Fiberloft polyester stuffing. It's been 6+ years since I started crocheting and I know I'm invested in this craft, so it felt like time for an upgrade. SO worth it - the new hook feels great and fits my crochet style perfectly, the Uptown Worsted acrylic is super-soft and feels almost like wool, and the Fiberloft stuffing is much fluffier and less clumpy than the kind I was using before.

Horatio spent several weeks hanging out at the yarn store and making friends, and he even got to model one of the mystery sharks shawls that a coworker made: 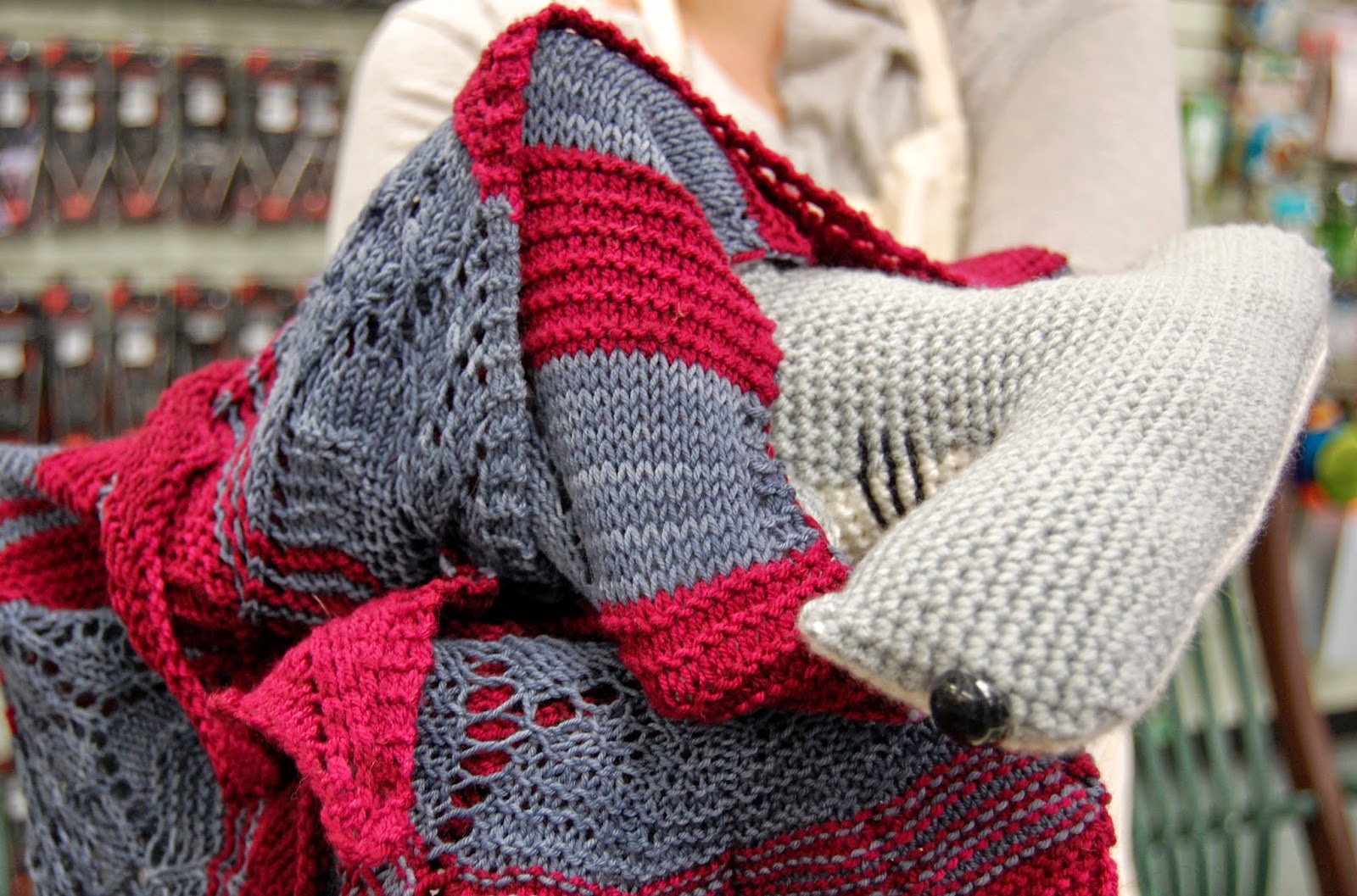 Email ThisBlogThis!Share to TwitterShare to FacebookShare to Pinterest
Labels: amigurumi