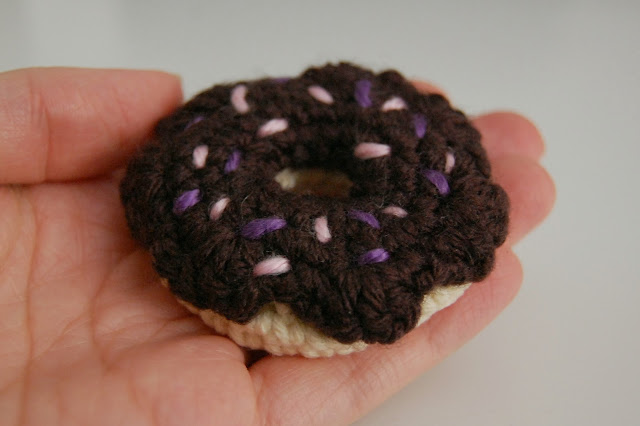 ...Make sure you stuff some catnip inside because that's what they're really after.

I made this toy for my cat using Melissa Trenado's mini donuts cat toy pattern. It was inevitable, really. And she seems to like it: 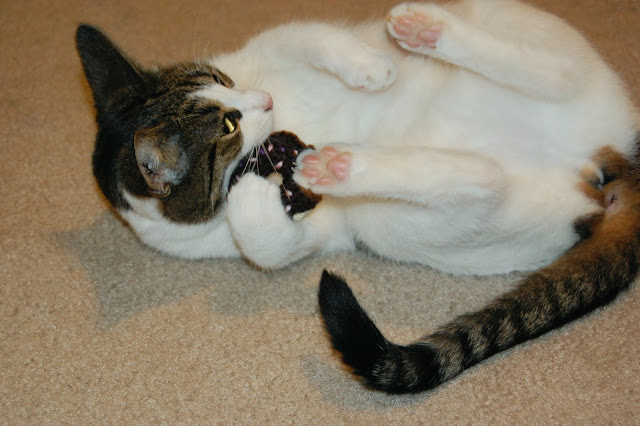 And I, of course, like watching her gnaw a tiny donut while rolling around in glee.

I'll be making this pattern again, because after two weeks of fun, the donut is in a very sad state. Fortunately, it only took an hour or less to make. I used odds and ends of yarn, so the frosting and sprinkles are acrylic and the bottom part is cotton. I would definitely recommend using cotton for the whole thing, because the acrylic is very fuzzy and splitty. It has not held up nearly as well as the cotton to my cat's affections, plus I want to minimize the bits of fuzz she could potentially ingest. To keep the catnip in it from leaking out, I cut a couple squares of old pantyhose, put a pinch of Cosmic Catnip in each one, and tied them off, then put them into the donut with the stuffing.
at 3:42 PM