When I was about 11, I got to pick out my own comforter, pillow and sheet set for the first time, which was a really exciting event - I even got curtains that matched. After about 13 years, not surprisingly, the flannel sheets I used every winter were worn out to the point that calling them "sheets" was a joke. There was a worn-through area on the fitted sheet that was almost as big as me, so finally I decided to stop calling them "sheets" and call them what they were: rags. 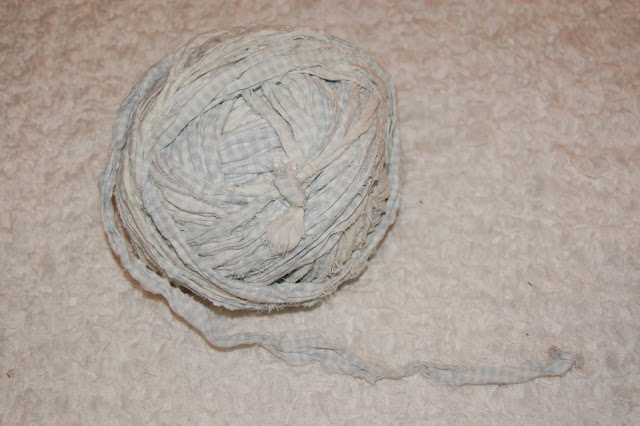 And what else does a crafty crocheting person do with rags, besides make a rag rug? So 15 years after first getting these sheets, and at least 5 years after they reached the end of their lifespan, and about a year after I acknowledged that fact and decided to cut what was left of them into strips and sew them together, and about one hour of work, I have this silly rug. 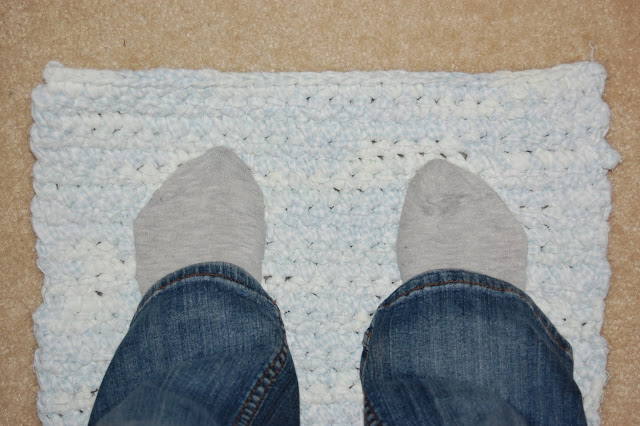 It is small and stupid. It's also pretty comfortable to stand on, so if I actually needed a small, slightly misshapen rug, this would be fairly useful. As it is, it was basically an exercise in being "thrifty" for no reason, but even though I might not use this rug - might even throw it away the next time I move - I still feel better having made it than I would have if I had just thrown out the sheets.

So that concludes my rag rug experiment. Except... I also have the cotton sheets from that bedroom set. Which are also worn out beyond reason. And sitting in my rag bag waiting to see if I want to make another rug.
at 9:53 PM