FO Flashback: other crochet and knitting

Here's part two of my March FO Flashback. Today I'm revisiting the non-amigurumi things I finished in March of previous years. First up are my crocheted fingerless gloves from 2010. 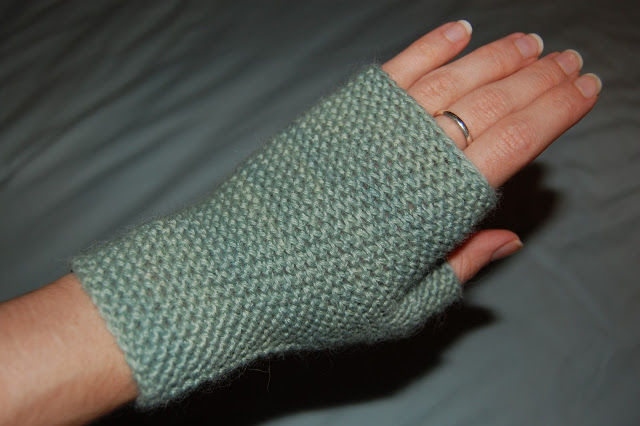 These are from Ria Saakshi's Firecracker Gloves pattern, crocheted in The Fibre Company Canopy Fingering. This yarn was my very first purchase from a local yarn store! Up until then I had been crocheting with yarn from craft stores, but I decided to make a trip to fibre space in Alexandria. I remember feeling very awkward, because I was "only" a crocheter and didn't understand all the different names for yarn weights and didn't know what yarn would be the best choice for this project. I know now that the people who work at fibre space would have been happy to help me, but at the time I was too shy. I also didn't know about winding skeins, so that made for fun times.

I wasn't very happy with these gloves when I finished them, but I like them well enough now. I don't wear them often, but that's because I just don't wear these type of gloves very much.


Last March, I finished both my Manhattan cowl and my Diamond Ridges hat (I blogged about the cowl here and the hat here). At the time, I wasn't sure whether I would get much use out of either of these accessories, because they weren't the type of things I had made before or tended to wear often - and I finished them at the end of winter, so it seemed likely that I would have lost interest in them by the time it was cold enough to wear them again. But, I've been wearing and loving both of them! The cowl gets less use, but I took it to Japan with me in November and wore it on the long plane trips, when it was so nice to have something cozy to wrap up in. I've been wearing the hat all winter, and I love it. Before I made it, I didn't wear hats much, and I thought that I just didn't like hats. Turns out, I like to wear hats when I have hats that I like!

I should also note that I finished my rag rug experiment in March of 2011. Let's not talk about that too much. I think I gave it to my mom to use/donate to a cat shelter/dispose of - in any case, I don't have it any more!
at 10:30 AM